OUR PRODUCTS
ARE PROUDLY
MADE IN THE USA
Is a 7.5 microcurie radiation source safer than a 10 microcurie?
READ THE TRUTH

Our equipment has been supplied to the following: 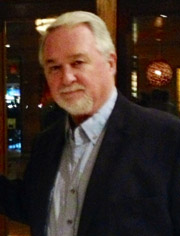 Chairman of General Services Committee. Served on many Council committees and represented the City Council on outside bodies. Was Chairman of Anglo Polish Conservative Association and in 1964, on their behalf, took a Case of Racial Prejudice up to the House of Lords (The highest Court in the UK) on Appeal and won. Made Case Law by changing the definition of "Race" in the UK to include "ethnic origin".

Appointed by the Lord Chancellor as a Justice of the Peace (Magistrate) and sat at St. Marylebone Magistrates Court for ten years. Acted as Chairman of the Bench.

Holder of various decorations and awards from the UK and overseas.

US Citizenship granted in 1996. 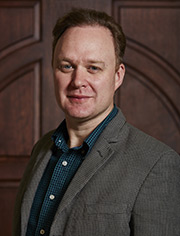 Prior to joining Sas R & D Services Inc spent 15 years as The Senior Financial Analyst for Grant Thornton LLP one of the “Big 5” Global Accounting and Financial Services Firms - responsible for over $1 Billion in revenue for 14+ offices nationwide.

Since joining SASRAD has traveled extensively throughout the world with emphasis on Eastern Europe, Russia and Central Asia.

Operates from the Sasrad Office in Charlotte, North Carolina

US Citizenship granted in 1999

Hunting Engineering PLC, acting as subcontractors to SASRAD manufactured the first Remotely Controlled Robot "HUNTER" designed by SASRAD, which was sold to 30 countries around the World including the USA. Rights to "HUNTER" were eventually sold to Hunting Engineering PLC in 1988 when SASRAD relocated its offices to the United States.

Since 1988 SASRAD has concentrated on hand held contraband detection equipment and over the years has become the World Leader in such equipment -the latest technology Density Meter (SAS-Hitech-Xpose)and first ever field repairable fiberscopes were introduced to the market to great acclaim followed by Videoscopes and other security equipment - all products are proudly manufactured in the USA.

SASRAD endeavors to respond to communications from its clients as speedily as possible and operates across all time zones to give best possible service.

This PDF from our archives shows the advanced work we were doing in Robot Technology 1972-5.

The company relocated to the USA in 1988 due to the volume of US Government Business being conducted.

In 1992 the whole direction of the company was changed when we decided to concentrate on the field Of Contraband Detection and Search Equipment – we no longer work in any other field preferring to concentrate our efforts on the highly successful new technology equipment now offered by us.

Is a 7.5 microcurie radiation source safer than 10 microcuries as competitors claim?

This paper is intended to explain the difference in the Effective Dose to humans between 2 different activities (7.5 uCi and 10 uCi) of 133Ba isotope used in a hand held contraband detector relative to ordinary risk we face in everyday life.

A competitor of ours has offered a version of their unit which is 7.5 microcuries of radiation against our 10 microcuries, claiming that this is safer for the user, In fact, the increased dose to a user of a 10 uCi source over a 7.5 uCi source for a worst case scenario is essentially equal to what one gets in one second of airplane flight on a cross country trip from Washington, D.C. to Los Angeles, CA, a total flying time of up to five hours or 1 in 18,000

The Xpose has graphing & digital display, available tablet remote control of all functions and is MIL STD 810G - Water Resistant to IP56 (waterproof available on request) - ISO9001:2008 and most importantly sold under an Exempt Radiation License from the NRC. In other words virtually no restrictions on sale, possession of transfer of the unit.

Our competitor has none of these features.

In short, when comparing the 2 activities (7.5 uCi and 10 uCi) 133Ba sources in hand held contraband detection systems: For those interested in the science and math behind these conclusions we do have a detailed white paper available upon request.

There are several important points that users and potential users of the New Technology SAS-Hitech-Xpose Contraband Detector should be aware of. In order to simplify ownership of this device, SAS-Hitech-Xpose has been developed and licensed under United States Law as an Exempt device. Other density meters of this type are licensed under a General license. There are highly important differences between the two types of licenses. Here are a couple of the major differences:

CHANGE OF OWNERSHIP or DISPOSAL

The device is assigned to a specific location and cannot be assigned to another location without written notification to the radiation regulatory entity (State or Federal as applicable). If the device is given or transferred to another location, even if it is with the same agency (i.e. if PD Precinct 5 gives it to PD Precinct 6), a transfer of location must be filed by the user (licensee) prior to transfer. Failure to do so is subject to fine and reprimand.

Disposal of General Licensed unit: The user MUST dispose of the device as Hazardous waste and transfer to a license disposal facility. This can be done, under US law by: Exempt license requirement (SAS-Hitech-Xpose) Or for transfer of ownership